It seems as if the words “unsafe behavior” and “teens” should go hand-in-hand. After all, who doesn’t have a story from their youth when they took an unnecessary risk or made a poor decision. This is particularly true when we talk about ADHD and teens.

That’s all part of growing up and making the transition from childhood to being an adult.

However, when it comes to ADHD and teens, unsafe behavior takes on a whole new meaning. This can be a huge concern for parents. 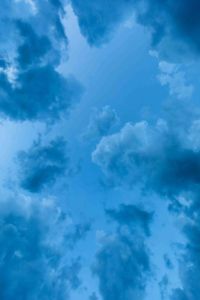 Of course, you want your teen to have fun and do things they enjoy. At the same time, you don’t want them to get hurt or do something that jeopardizes the safety of someone else.

What can guide parents of teens with ADHD when it comes to unsafe behavior?

First, it’s important to know why teens who have ADHD take risks in the first place. The reason lies in the chemical makeup of their brains.

An ADHD teen’s brain will be low in certain chemicals, such as dopamine, a neurotransmitter. Dopamine is important because it helps with moving signals between neurons. In particular, dopamine activates the parts of the brain known as the “reward center.” When you experience something pleasurable, your brain releases dopamine.

The problem is that people with ADHD, including teens, have lower levels of dopamine than the general population. Thus, they are more likely to do things that are risky to activate the pleasure and reward centers of their brains.

When it comes to ADHD and teens, there are several attributes of the condition that are problematic.

Inattention/distraction: Having ADHD means that teens have a greater chance of being distracted. That’s because, oftentimes, they get caught up in their own thoughts or their focus gets redirected to something more interesting or novel. This can a big problem for learning how to drive, for example. They might be drawn to tuning the radio or more likely their cellphones, instead of focusing on the road.

Forgetfulness: Teens with ADHD often need reminders and cues so that they don’t forget things. For instance, using a planner to keep track of school assignments. However, this might also mean that they lose track of time or forget that they have to go to an appointment. That’s because they are so wrapped up with what they are doing.

These issues can lead some teens with ADHD to pursue behaviors that are very risky, including alcohol and drug use, sexual activity, etc. However, that doesn’t have to be the case.

What parents can do with their teens is to guide them towards utilizing that need for taking risks for doing good. When you stop to think about it, certain types of risk-taking is actually healthy and often important for development.

Being willing to play a sport, trying something new, or speaking up for what’s right all involve risk. That’s because there is always the possibility of failure.

What can you do to nurture healthy risk-taking in your ADHD teen?

In the end, ADHD in teens shouldn’t be seen as a problem but as an advantage. Yes, they are more inclined to pursuing unsafe behavior if left unchecked. However, with the help of this brief parental guide and the support of ADHD counseling, you can help your teen reach their full potential.

If you would like to know more about how I can help your teen deal with the challenges of ADHD, please contact me.