What Is Religious Trauma Syndrome?

In theory, religions were created to comfort the afflicted. They can offer a source of common belief. Individuals may gain a sense of belonging and, in the process, grow together into a community. But theory and practice do not always sync up. When religion instead becomes a source of trauma, it is an especially disconcerting betrayal. In fact, it can be traumatic.

Like any form of trauma, Religious Trauma Syndrome (RTS) is a nuanced and complex issue. Unfortunately, it is also becoming more and more common. In the name of giving voice to this growing problem, let’s explore more about RTS.

Spiritual abuse is real, takes many forms, and is a primary cause of religious trauma. You can be impacted by spiritual abuse through coercion, control, and more. Individuals and/or groups use “religion” to manipulate others. They often get away with such behavior because people are hesitant to claim a spiritual institution can be corrupt.

Some of the behaviors that can lead to religious trauma include: 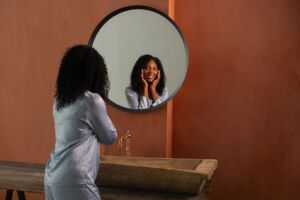 An ongoing pattern of abuses, like those listed above, can result in trauma. RTS is not a specific diagnosis but rather a variation of the all-too-common issue of trauma. Being subjected to this kind of indoctrination manifests in a variety of ways, e.g.

How to Recover From Religious Trauma Syndrome

Like any kind of trauma, you can benefit greatly from working with an experienced therapist. Your sessions together can help you create important outcomes, like:

Accept What Happened to You

You’ve been manipulated and abused, but it was not your fault. Accept the presence of RTS and that you are part of a large community of survivors.

Putting Aside Anger and Revenge

Sometimes, the abuser was someone very close to you. But, also, they may not have had malicious intentions. You don’t have to interact with them, but you can help yourself by releasing blame and resentment if those emotions are holding you back.

After having beliefs imposed upon you, it is critical that you develop your own perceptions. Remember, you are free to question and explore. Put in the time to recognize what values you hold dear and let them guide your future religious/spiritual steps.

Get social with folks of all different beliefs. Find other common interests to connect you with others. Taking steps like this is easier when working in trauma therapy. I’d love to help you on this liberating path, contact me soon.