What Is Learned Helplessness? How Trauma Therapy Helps

What is learned helplessness? 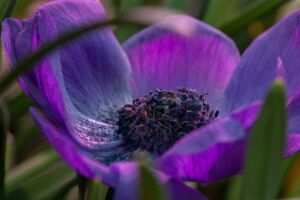 Perhaps you’ve had a goal for years now to stop smoking. It’s something that you’re very conscious of and how the risks of smoking threaten your health.

But, no matter which program you try, nothing seems to work.

Even if you get down to one cigarette a day, you still are smoking. So, what happens? You give up and throw your hands up in the air in frustration. You start to believe that it’s futile to try to change.

And, you keep smoking.

What Is Learned Helplessness?

Learned helplessness was first developed by Martin Seligman and Steven Maier in 1967. These psychologists were studying behaviors observed in dogs. The dogs learned that they could not avoid electric shocks, so they gave up trying. This, even when later on they were provided an option to avoid the shocks.

Learned helplessness is seen in humans when they feel like they can’t control the outcome of the situation, even after repeatedly trying. They become frustrated, angry, and give up on the objective. That’s because they believe this is the only realistic option left to them.

Trying to quit smoking and failing is a common example of learned helplessness. But there are many more. For instance:

These examples highlight a key point about what is learned helplessness. When you try to do something and it doesn’t work, you feel like a failure.

The Power of Failure

Failure is a powerful experience. To fail means that you didn’t achieve your goal or objective. Everyone has failed at something at some point. It’s a very common experience. In fact, failure can actually be very important for ultimately reaching your goal. A classic example is Thomas Edison and his attempts to invent the electric light bulb. He famously said,

In a way, Edison reframed failure a the journey toward success. He successfully discovered 10,000 ways in which a light bulb wouldn’t function. These failures eventually led him towards a functional light bulb. In this sense, failure was a powerful tool for success. But what happens when someone fails, and they see themselves as a perpetual failure?

The Shame of Failure

For people who struggle with learned helplessness, failure is not a setback. It becomes the definition of who they are as a person.

To fail is one thing, yet to be a failure is another. That label implies that they are somehow unworthy, undeserving, or less than. Why? The answer may lie in their past, especially if they experienced trauma when they were young. Traumatic experiences, such as those that come from abuse, leave an indelible mark on a child. Oftentimes, children are told they are worthless and unloved. And despite making efforts to have safe loving relationships with their parents, they may not be able to.

A child who is being abused or neglected then often starts to feel trapped and powerless. Eventually, they may give up in defeat, and have a deeply held sense that they can’t ever get their needs met.

These messages stay with these children into adulthood and complicate matters when they try to set and achieve goals for themselves.

Without context, it can be very confusing when you see someone struggling with learned helplessness. Why don’t they try more?

The reason is that they have learned, through hard experience, that they don’t have any power or control to change the situation. Any effort they do make is met with failure. So why bother to keep trying?

Clearly, there is a way to overcome this problem. The way forward is through counseling. A compassionate and qualified therapist will help to connect the dots from previous experiences to “the why”  behind your learned helplessness.

Due to the recent Covid 19 public health crisis, I am expanding online and tele-therapy options for all new and returning clients. Please visit my online therapy page to learn more.