What Are the 10 ACEs of Trauma & How Can You Begin to Face Them?

What are the 10 ACEs of Trauma? 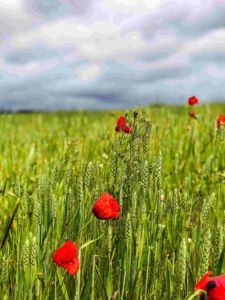 Well, you know that you experienced some pretty difficult events during your childhood. However, you may have thought that as an adult you had moved past them. But deep down inside you know this isn’t true. That’s because early life stresses change you on the inside.

For instance, perhaps you can’t bear to think about the times when you suffered and no one helped. Maybe you told them, but your parents didn’t listen. Or, maybe you saw one of your parents handcuffed and arrested. These potentially traumatic experiences are referred to as ACEs, or adverse childhood experiences.

The term ACE was coined as part of a massive  (17,000 participants) study which was conducted by the Center for Disease Control and Kaiser Permanente. Researchers found that there are 10 ACEs of trauma that impact the vast majority of sufferers. People who have experienced more than one of these issues may struggle with what’s called developmental trauma, or sometime complex trauma. They are also at higher risk for increased rates of both mental and physical illness.

Still, there is hope. Let’s consider the effects of adverse childhood experiences, and what you can do about them.

The 10 ACEs of Trauma

The 10 ACEs of trauma are forms of physical/emotional abuse, neglect and household dysfunction. They generally include the following:

If you are struggling with complex trauma, then most likely you had several of these types of experiences happen in a layered or simultaneous manner. The ACEs create levels of toxic stress which shape your perspective on yourself and the safety of relationships. And they increase the risk of physical, emotional and social problems later in life.

People who lived through the 10 ACES of trauma will often struggle as adults. For instance, ACEs increase the odds of

Why do the ACEs cause these problems? The reason lies not with the present, but with the unresolved stress, anxiety, and beliefs that you still carry from your past.

Unresolved Trauma and Your ACEs

The reason why the ACEs create so much havoc in lives is due to unresolved trauma. Trauma changes who you are on the inside. And it shapes and sculpts the functioning of your nervous system. So, when you live through these difficult experiences, they stick with you. They haunt you and make it difficult to ignore or push them away without causing mental and emotional damage. You do this because, even though you are an adult, deep down inside you still carry the child who was scared and scarred.

When you have unresolved trauma your nervous system operates as if you are still in danger. It doesn’t want to let it’s guard down. This is how it tries to protect you. This can continue in the background, unnoticed. Then, when you see or hear something that reminds you of that time, those memories come back in the form of flashbacks or anxiety.

Coping Any Way You Can With Trauma

Unresolved trauma is often reason why you “numb” yourself with alcohol,drugs or other addictions. It’s why you feel as if your life is out of control. Or, that you can never seem to “get your act together.” But keep in mind that this isn’t your fault. You are not to blame for being exposed to adverse childhood experiences. After all, you were a child. But the result is that the impact of those experiences still lingers after all of these years.

What Can Be Done

It might be tempting to believe that your situation is hopeless. But it doesn’t have to be. Therapy offers a real opportunity for sorting out your complex trauma and resolving the issues stemming from these 10 ACEs of trauma. This can be sometimes be done through traditional talk therapy but usually it requires working with a therapist who provides trauma treatment or trauma informed care. More advanced treatment methods are available, such as EMDR therapy and neurofeedback therapy. With these tools and the caring support of your trauma therapist, you can overcome and resolve your trauma.