Understanding OCD: What It Is and How It Affects People

Obsessive-Compulsive Disorder (OCD) is not uncommon (see statistics below). But it is often misunderstood. We know the pop culture depictions of the disorder but, of course, there’s much more to know.

People with OCD frequently assign an exaggerated sense of responsibility to themselves. They believe they are the ones who can prevent harm from happening to themselves or others. Simultaneously, someone with OCD almost always sees more risk in daily life than actually exists.

Anyone can get OCD — regardless of age, sex, race, etc. However, some trends exist, e.g.:

Currently, an estimated 2 to 3 million U.S. adults have OCD (about 1.2 percent of the population). For children and teens, that number might be around 500,000. There is no known cause for OCD. Experts assume that both genetics and environment can play a major role.

While every experience of Obsessive-Compulsive Disorder is unique to that individual, we know enough about the condition to discuss it in broad terms. For starters, keep all of this in mind: 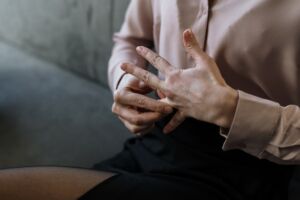 The actions and rituals typically taken don’t appear to have anything to do with the feared event. As a result, to outsiders, it may look like a kind of superstition. For most people with OCD, there is an awareness of how irrational their behaviors are (in rare instances, the person may not be self-aware). Hence, the hallmark of the disorder is a sense that both the obsessions and the compulsions are beyond your control.

Over time, the intrusive thoughts can cause more and more distress. This, as you might imagine, heightens the urgency and the number or frequency of the compulsions.

Common Examples of Obsessions and Compulsions

OCD can be effectively treated. Since the symptoms are thoughts and reactions to thoughts, your therapist will help you find ways to minimize and manage this uncomfortable cycle. Depending on each person’s situation, there are steps that can be taken to change an individual’s relationship to their obsessions and thus, their compulsions.

If you would like to live a life less impacted by OCD, let’s talk. I’d love to help you along this path through anxiety therapy.

Due to the recent Covid 19 public health crisis, I am expanding online and tele-therapy options for all new and returning clients. Please visit my online therapy page to learn more. Online therapy is available only to California residents only.