The Long-Term Effects of Bullying: What Factors Play a Role?

When you are a young child, or even a teen, you are not even remotely considering the long-term effects of bullying. You just want it to stop.

Sadly, though, it often doesn’t, and many children have to struggle daily with bullying—either in-person or online.

Thus, adults need to seriously consider the mental health risk associated with childhood bullying. In particular, the risk for depression, substance abuse, and more when these children grow up. The impact can be devastating.

Consider some of the factors that play a role in the long-term effects of bullying.

According to the U.S. Government’s website stopbullying.gov, depression is often one of the effects of bullying. Depression occurs if a person has been experiencing one or more of the following symptoms for at least two weeks: 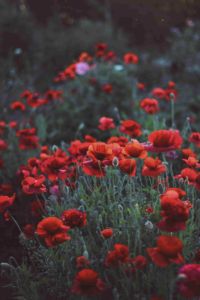 People often become depressed because they feel that they don’t have any power or control in their lives. That feeling isn’t limited to adults. Children and teenagers may feel powerless when they have to face continuous bullying.

Another one of the long-term effects of bullying is feeling isolated, alone, and misunderstood. When you are bullied, you become a target. The bully is picking you out of the crowd for one reason or another. They think you are “different,” and that is something they either resent or fear. Thus, in their minds, this gives them the excuse to pick on you.

A child who is going through this will learn a hard lesson: that being different is bad and to be avoided. However, if they grow up thinking this way, they wind up being more isolated and alone. They often hide their real self, even though they shouldn’t have to.

Isolation, depression, and feeling powerless are a combination that’s a recipe for disaster. For that reason, unchecked bullying in childhood can lead to substance abuse problems for adults. That’s because alcohol or drug use helps to numb the emotional pain associated with bullying.

One example of the long-term effects of bullying are young people who identify as LGBTQ. They are perceived as different and often have to contend with bullying. According to the Human Rights Campaign, 60% of LGBTQ youths report feeling depressed, which can make them more likely to have suicidal thoughts or attempt suicide. Thus, as adults, they are at a greater risk of substance abuse as well as having mental health issues in comparison to heterosexual adults.

The Effects of Bullying on Bullies

One aspect that we often forget is that bullies are children too. And bullies also experience long-term effects from their actions.

For instance, they learn patterns of behavior that may allow them to feel powerful in the moment when they are bullying someone, but these patterns could have serious consequences when they are adults. They may have recurring trouble with the law, struggle to stay in school, and difficulties with romantic relationships. Additionally, bullies are also more likely to engage in substance abuse in adulthood.

Taking Actions to Stop the Bullying

In order to avoid these long-term effects of bullying, for both the victim and the bully, intervention is a must.

For young children, that can mean setting both of them aside and talking to them individually. Especially, talking to the bully to help them understand the consequences of their actions, and helping both children come to a resolution.

For older children and teens, however, the need for professional help to stem the mental health risk might arise, depending on the severity and duration of the bullying. An experienced therapist/counselor can determine which techniques would be most helpful.

It’s clear that there are many long-term effects of bullying. These are just some of them. Childhood bullying that is left to go on without intervention can cause serious mental health risks for everyone involved, including the bully.

However, all hope is not lost. Professional counseling and trauma therapy can help with this problem. Please, contact me if you’d like to find out more about what I could do for you or your child.