What Are the Symptoms of Complex PTSD/Complex Trauma? 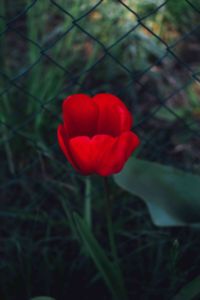 Complex trauma is a condition that develops due to experiencing multiple and repeated traumas when you were young. The effect of this continued exposure to trauma as a child can have significant ramifications- even into adulthood.

Being exposed to complex trauma causes changes in brain development. There are learned experiences that influence how you perceive and interact with the world as an adult.

Unlike someone who has experienced a traumatic event in adulthood and developed symptoms of PTSD, complex trauma stemming from childhood has taken years or even decades to take root. And that is what makes it and its symptoms so hard to deal with.

So, what are some of the symptoms of complex PTSD and complex trauma?

People who have symptoms of complex PTSD will often have an acute sensitivity to danger. Why? Because as children, complex trauma victims have typically been exposed to either very real or perceived threats to their safety. This would include both physical and emotional safety.

Sadly, this threat often usually originates with someone they know and trust. For example, a parent or other relative who either threatened to hit or actually beat them.

As that child grew up, they’ve thus learned to always be on the lookout for potential danger. And this meant that, throughout the years, they would also learn to always be on edge, anxious, and nervous.

Along with this heightened sensitivity to danger comes having a difficulty, or an inability to trust people. This is logical, of course, if you spent your childhood either expecting or actually experiencing repeated trauma from someone you should be able to trust.

In time, it becomes hard to trust other people and form healthy new relationships as an adult. That’s because you always feel unsafe.  And if you do let your guard down, you often expect someone to violate that trust. So, why even put yourself in that situation to begin with?

The word trust confuses many of the complex trauma clients I’ve work with. When asked, they say “I trust him/her”. And yet their bodies respond with the anxiety, fear, anger or numbness that belies a deeper, body based distrust.

Rebel and the People-Pleaser

An interesting symptom of complex PTSD is the potential of developing into either a rebel or a people-pleaser when older.

If you are a people-pleaser, then you go out of your way to follow all the rules and be “good.” You want to ensure that you don’t make waves or ruffle anyone’s feathers. On the other hand, if you are a rebel, the exact opposite is true. You don’t care about the rules or anyone else for that matter.

Both reactions lead back to the constant trauma you’ve experienced. To survive, you may have learned to walk on eggshells and not cause any upset. Or you may have begun acting out because you don’t know how else to express your pain.

Usually, these kinds of unwanted intrusions are connected to the complex trauma you experienced as a child. Even if you think you’ve buried those memories deep down or done your best to forget that chapter in your life, they still exist in your subconscious and find ways to surface.

Often, intrusive thoughts can be signs of the impact that complex trauma has on your nervous system.

In my practice, I’ve seen more than one clients who struggled for years after being mis-diagnosed with OCD (Obsessive Compulsive Disorder). As a result of the misdiagnosis, they had previously made little to no progress in therapy. The therapy they were in stalled. That’s because they needed to trauma informed treatment to heal.  When they got that, their obsessive and their compulsive symptoms resolved.

Negative Outlook of the World

Because the symptoms of complex trauma are so ingrained in you, they affect your whole outlook on the world.

Most likely, you’re not the kind of person who believes in the positive in all people. Rather, the symptoms of PTSD have probably caused you to have a jaded view of the world and people in general.

This is another reason why it can be hard for you to create meaningful, lasting relationships built on trust and respect.

The Way You View Yourself

Finally, you may have a negative view of yourself as well. For instance, you may feel ashamed of what happened to you in the past and perhaps even blame yourself for it.

Yet, despite the fact that there was nothing you could do because you were a child and powerless over the situation, as an adult, your negative self-view can cause you to feel depressed.

The symptoms of complex trauma and the symptoms of PTSD are closely connected. Complex trauma is rooted not in a single event, but a series of consistent traumatic experiences. When this happens at a very young age, it can have a dramatic effect on a child’s whole development. And, therefore, it often leads people to experiencing complex PTSD in adulthood.

However, there is hope. You still can make things right. If you would like to know how, please contact me so that you can begin your healing. Or find out more about my approach to PTSD and trauma therapy by clicking on the link.