Symptoms and Types of Dissociative Disorders

There is no question that experiencing trauma has an impact on a person’s life. It could be a stand-alone single incident, such as an accident or loss. Or it may be due to experiencing years of abuse. But either way, there are some types of dissociative disorders you should know about.

Understandably, that issues such as anxiety, depression, and substance abuse are common problems for those who have lived through trauma. But there are other consequences that are generally less known. These include dissociative disorders.

Dissociate disorders involve a disconnection between a person’s memories, actions, thoughts, and identity. The disconnect provides a compulsory escape from reality, in response to trauma. The sufferer does not engage in this intentionally. Understanding these disorders and their particular symptoms is just as important as grasping other more common trauma symptoms.

Here’s what dissociative disorders look like in specific and how to get help. 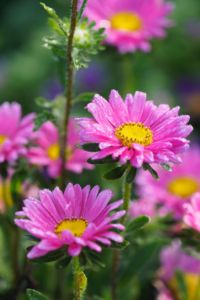 Three types of dissociative disorders can arise due to trauma—Depersonalization/Derealization Disorder, Identity Disorder, and Dissociative Amnesia.

With Depersonalization/Derealization Disorder (DDD), a person experiences a disconnect between themselves and the outside world. How can that be?

To illustrate, consider for a moment that you’re watching a TV show. While you are enjoying binge-watching episodes of your favorite program, you are not part of the action on-screen. Rather, you are an observer, watching the show unfold through your television.

This is much the same feeling for those who struggle with this type of dissociative disorder. The person feels like they are observing what’s happening around them instead of being engaged in it.

Other common symptoms of DDD are a misperception of time (getting faster or slower) as well as being in a dreamlike state.

Another type is Dissociative Identity Disorder (DID). This kind of dissociative disorder was previously referred to as multiple-personality disorder.

If you suffer from DID, then you experience yourself changing between different identities. In other words, there are different personality states that switch back and forth inside your mind.

This is different than simply “hearing voices.” Rather, it’s as if there are one or more completely different people existing inside you besides yourself.

With Dissociative Amnesia, a person has trouble remembering important personal information about themself. In particular, they can’t remember things or details related to a traumatic experience, such as specific events, people, where they were, and things they did.

The effects of this amnesia may last from up to a few minutes to several days. However, in some cases, it has lasted much longer.

Learning to regulate your nervous system and your emotional brain is essential to helping dissociation. Neurofeedback is one treatment method that can be effective with dissociative disorders. It’s also known as EEG biofeedback. The technique utilizes readouts of your brainwaves to help you modify your brain’s responses.

This is known as conditioning and mirroring. It’s when your brain is coached to make adjustments in patterns by rewarding it.  You see these changes in real-time via a monitor. The mirroring effect allows your brain to more quickly learn the new behavior.

After extensive preparation work, including a breakdown of different aspects of your traumatic memories, your therapist asks you to recall a specific incident. Meanwhile, you track an object passed back and forth in front of your eyes. The combination of the guided questioning, physical movement, and openness to feeling the experience helps your brain process what happened to you.

Over time, the intensity of those traumatic memories fades until they no longer are distressing to you.

While the symptoms of dissociative disorders vary, they can cause a lot of emotional pain and anguish on top of the trauma you’ve already experienced. To resolve these issues, you need professional help from a therapist who well-versed in trauma therapy. I invite you to contact me to find out more about my approach.