“Imagine tiptoeing across a minefield. You execute every move with exquisite care. Even your breath is measured because one wrong move could turn everything hellish.”  That’s how one of my client’s described living with her PTSD triggers.

PTSD Triggers- What Are They?

PTSD triggers are things that reminds you of an earlier trauma 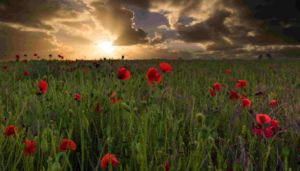 People commonly use the term “trigger” because this word captures the automatic, almost mechanical nature of what happens. You see a sight, hear a sound or perhaps smell something that brings it all rushing back. Within a split second, the trauma is alive once again.

And indeed that is exactly what happens. When we go through a life threatening event, our nervous system pairs association with emotional states. For example, you hear a song that is playing on the radio and the feeling of the car accident instantly overcomes you.  A PTSD trigger is something that activates memories or states that are unresolved trauma symptoms.

PTSD triggers can include:

There is a variation of PTSD that is known as Complex PTSD (C PTSD). If you have suffered repeated trauma, such as living in an abusive relationship, or growing up with physical or sexual abuse, then it’s possible that you have CPTSD.

Many of the C PTSD clients I have worked with struggle with chronic distrust of other people, and find themselves struggling with emotional reactivity.

In short, there are many things that trigger PTSD.  There are parts of our brains that I refer to as our “threat brain”. It’s job is to keep us safe and alive, and to help us survive a moment of danger. But it operates very simply. Conditioning programs this part of the brain and it is ruled by association.

For example, consider my former client “Brian” (Not his real name). He would become very uncomfortable and agitated when anyone around him drank alcohol.  At times, this would even lead to arguments with his friends and family. One time he described “storming out” of his best friends house after his friend “cracked open a beer”.

Brian’s friends drank socially, and he intellectually knew that none of them had addiction issues. Certainly none of them were unsafe to be around. But while his “rational brain” knew there was no reason to react like this, his “threat brain” saw it differently. The sights, sounds and smells of a beer reminded the survival oriented part of his brain of something horrifying; the grandfather who sexually abused him for years. Buried in his threat brain lay memories of his grandfather’s drinking, which was always a precursor to the abuse.

So, his thinking brain knew he was safe now, but his body responded as if he were in immediate danger. He felt a surge of energy in his muscles and he was out the door. An incident like this would take him hours to process. He felt engulfed by shame about the way he would get hijacked like this and said “It makes me feel like I will always be a freak who can’t cope with normal things”.

Fortunately a combination of EMDR Therapy, neurofeedback training and the trauma therapy we did helped him overcome his PTSD symptoms.

What Can You Do If You Have PTSD Triggers

Can PTSD Triggers Go Away?

Here is the good news; many PTSD triggers can be resolved. It may take some time for your nervous system to heal and change, but it can be done. Working with a therapist who specializes in trauma therapy is essential, since other types of therapy can inadvertently hinder your trauma recovery.