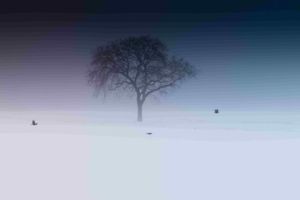 For instance, there’s the person that feels sad all the time. Or the one who has trouble feeling motivated to do the things they used to really enjoy.

However, there are many overlooked signs of depression that are connected with the condition.

Why do they get overlooked?

Because these depression symptoms can get confused for other problems.

Consider seven signs of depression that are often overlooked.

Indecisiveness is one of the overlooked signs of depression that could be present. Even making basic decisions, such as what to order at a restaurant, could prove to be difficult.

Why is that? It could be because your mind is so overwhelmed with depression that it’s very hard to process information and come to a conclusion.

Worse even, having problems making decisions can make you feel really frustrated and angry, which may manifest as lashing out at friends or family. And while they may think you are just angry or are genuinely confused, the real reason is that you are depressed.

Can’t remember where you placed your keys? Did you accidentally miss an appointment because you forgot?

Another commonly overlooked sign of depression is forgetfulness. And the reason why you are being forgetful is the same as for your indecisiveness. Your mind and attention are so absorbed in coping with depression that everything else gets pushed to the side.

Plus, when you do forget something, that only feeds into your beliefs of low self-worth and depression. In essence, your life experience is reinforcing your already existing depression.

3. Failing to Take Care of Yourself

This sign is connected to forgetfulness, which affects how you take care of yourself.

Sometimes, when we think of a depressed person, an image of someone locked in their room who hasn’t bathed in a week comes to mind. Yet, that doesn’t necessarily have to be the case. There are much more subtle signs for lack of self-care than not taking a shower or forgetting to brush your teeth.

These may be things, such as:

4. Feeling Sluggish All the Time

For reasons you can’t explain, you just feel sluggish all of the time. Each day you come home from work, you feel exhausted and spent. All you want to do is crash in front of the television and unwind for the rest of the evening.

However, what you write off as having a tough day at the office could actually be depression.

Your body may be telling you something. Yet, you’re not listening and simply ignore what your body is trying to say: that something is wrong. Because, when your mind is struggling with depression, your body feels it too.

5. Unexplained Pain that Won’t Go Away

You probably associate pain with some kind of injury. However, what if you are not hurt and yet still feel pain?

For instance, you’ve had nagging back pain for a while that just doesn’t seem to resolve itself. Even going to the doctor, taking medication, and trying to relax doesn’t help.

Again, your body is attempting to tell you something’s wrong. But, as is often the case, your depression takes up most—if not all—of your attention, and you simply overlook the matter.

Sometimes work becomes another one of the overlooked sings of depression.

Think about it for a moment. Have you been putting in long hours with your job? Are you doing tasks that you could or should delegate to others? Do you find yourself coming in early and staying until very late in the evening?

On the surface, it can appear as if you are simply dedicated to your work. Yet, underneath lurks depression. And you are trying to escape it through excessive work.

No matter what you do, you find yourself constantly stuck thinking about the negativity in your life.

Now, some might say you’re perhaps a “glass-half-empty” kind of person, but there’s more to it than that. What you’re really experiencing is called ruminative thinking. That is, you are constantly replaying the factors and issues which are contributing to your negative mindset.

So, what can be done about if you have overlooked some of the signs of depression mentioned above? The first thing is to recognize that a pattern exists and then to get treatment.

However, it can be hard to identify and understand these depression symptoms without context. That’s why depression therapy can be so useful. If you think you might have depression reach out to a therapist who can help with these issues. I’d be happy to discuss my approach to therapy with you.