Neurofeedback For Depression: 3 Reasons to Consider It

Neurofeedback For Depression: Because It’s Natural. 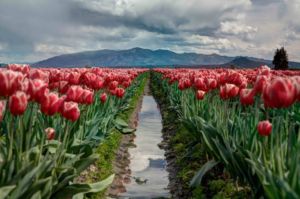 Like many, you want a natural alternative to psychiatric drugs. You want to feel your best, and you are health conscious. You care about your physical health and are wary of taking pills that might end up hurting your body. Neurofeedback for depression might very well provide you with the relief you seek.

Despite the common use of antidepressant drugs, I have noticed that among clients in my clinical practice more and more people are becoming aware of the negative sides to taking anti depressant drugs.

Through a combination of personal experience and research, they have learned that quite often the cost of taking psychiatric drugs outweighs their benefits.

Over the last few years, the media has covered a range of anti-depressant drug side effects such as emotional numbing, neurological symptoms, sexual problems. The physcial side effects include nausea, fatigue, weight gain, involuntary movements, and spasms.  At their most dangerous, antidepressant drugs can trigger violence, suicidal thoughts and worsening of depression symptoms.

Some clients fear having to face down fierce withdrawal symptoms when they attempt to stop antidepressant drug use. As more people have taken antidepressant drugs, the general awareness of “discontinuation syndrome”, or withdrawal has increased. Symptoms of discontinuation syndrome can include dizziness, loss of coordination, fatigue, tingling, burning, blurred vision,”brain zaps” and insomnia.  There may also be nausea or diarrhea, flu-like symptoms, irritability, anxiety, and crying spells.

If You’re Like Many Clients, You Are Seeking Effective, Natural Treatments For Depression

You want depression treatment that won’t force side effects on you.

The first, most common hesitation that clients state is the lack of effectiveness of many drugs. Not only are they not as effective as we would like them to be but they may indeed make some depression worse. In fact, a recent study shows that patients who take antidepressant drugs are at double the risk of depression relapse when compared to placebo.

Neurofeedback For Depression Is Training Specific to your brain

It’s a mistake to think that there is one type of depression, or that all depression looks the same when you look at brain scans. I’ve seen that in my clinical practice with EEG neurofeedback.  During EEG assessments, there are several key indicators of depression, but different client show different indicators. The same is true with neurofeeback training. And that speaks to another major advantage to using neurofeedback for depression: it’s a treatment that it’s tailored specifically to you and your brain.

Learn more about how I work with neurofeedback