Neurofeedback and Biofeedback- What’s The Difference? 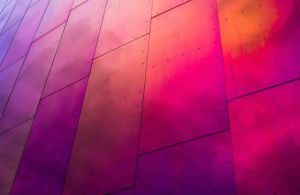 What’s The Difference Between Neurofeedback And Biofeedback.

We are lucky. There are many forms of treatment available to us. The psychotherapy that is available goes way beyond “talk therapy”. But because we have so many options, it’s easy to get a bit confused.

So here is a simple explanation of neurofeedback and biofeedback.

A Bit About Biofeedback:

Biofeedback is form of evidenced based mind body therapy. In the late 1950’s, biofeedback gained prominence, and has been widely used ever since. The goal of  this form of therapy is to increase your awareness.

In this form of therapy, we use instruments to monitor and train your physiology. Some common forms for biofeedback therapy teach you to control your breathing, your heart rate, your muscle tension, or your skin temperature.

Biofeedback is a proven treatment for headaches, pain management, stress and insomnia.

For years, I provided biofeedback therapy to adults and children using a very sensitive heart rate monitor. This heart monitor taught clients a level of awareness that they never would have otherwise gained. Generally, I saw my clients learn two things:

The Body Mind and Biofeedback

I especially enjoyed doing biofeedback with clients who were skeptical of the body-mind connection. It was fun  training a client who insisted they were “doing fine” despite their obvious signs of distress. I would connect them to the monitor and the truth would be revealed. The feedback would betray the true level of their distress. These clients were often surprised to see that their heart rate or their body temperature was more elevated than they imagined.

One client in particular stands out. “Stan” was a guy who was referred to me by his physician. He reluctantly began working with me after his physician, 2 cardiologists and a host of ER docs told him there was nothing they could do for him. They told him he needed to work with a therapist and get treatment for a panic disorder as there were no “problems with his heart” that anyone could find.

Stan had spent years being anxious and having chest tightness. But he simply could not believe that his problem was “in his head”. He firmly believed that stress and anxiety could not possible create the severe symptoms he had.

It was our work with biofeedback training that gave Stan “scientific evidence” that he was indeed anxious. He needed proof. Biofeedback also trained him to feel much calmer and eventually played a key role in mastering his anxiety. Later we would laugh and say “I guess thoughts and feeling do matter”.

The power of biofeedback lies in its ability to increase your awareness of the actual impact that thoughts, feeling and behaviors are having on your physiology.

Neurofeedback is a type of biofeedback. Just like with the other biofeedback methods, it uses an instrument to monitor your physiology. In this case it’s an EEG monitor and a computer that displays your brain wave activity.

Neurofeedback also trains physiological responses. But there are some important differences between neurofeedback and biofeedback therapy. Instead of teaching you to change heart rate or breathing, it trains you to make changes in your EEG brainwaves.

Neurofeedback is different in another important way too. It is what we refer to as “non conscious learning”. Unlike other forms of biofeedback, there is not very much you can do to make your brain produce specific changes. But through the feedback you receive on the computer screen, and the coaching I provide, your brain can learn to change on it’s own.

It’s the power of non -conscious learning that differentiates neurofeedback and biofeedback.

Neurofeedback had been widely researched and can be effective for:

If you would like to learn more about how I can help you, please visit my Neurofeedback page.