Men Get CPTSD, Too: How to Know if You’re Affected

CPTSD in Men. When reading the title of this post, you may have focused on the familiar letters, “PTSD”. Post-Traumatic Stress Disorder can be a debilitating mental condition brought on by enduring or witnessing a traumatic experience. C-PTSD adds the word “complex” in front of that experience for good reason. Someone with CPTSD has suffered long-term and chronic trauma.

Traumatic experiences that tend to lead to CPTSD often include repeated or prolonged physical, sexual, or emotional abuse. Other sources of ongoing trauma include kidnapping, slavery, prostitution, and more.

In casual conversation, PTSD is most often associated with soldiers. CPTSD is frequently connected to women who were sexually abused as a child. However, of course, there is much more to both disorders. As it pertains to CPTSD, it’s important not to dismiss the fact that men get CPTSD, too. 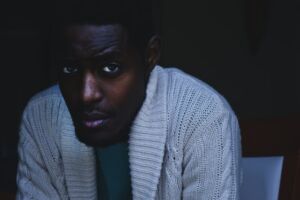 The numbers may not be well-known but they are no less shocking.

Men who underwent such trauma as children are found to suffer greatly as adults. They are far more likely to smoke, become alcoholics, or engage in risky sexual behaviors. Such men are more typically obese and struggle with anxiety, panic attacks, or depression. In addition, male adults who were victimized by ongoing trauma in childhood are far more vulnerable to developing Complex Post-Traumatic Stress Disorder.

5 Ways to Know if You’re Affected by CPTSD

Men are conditioned to behave stoically. They’ll do anything to avoid looking weak or vulnerable. Nightmares, flashbacks, and anxiety are common symptoms of CPTSD. For men, the first tip-off might be a strong sense of shame. They feel embarrassed to admit that what happened to them is still causing problems. Men may also feel guilt — as if the abuse was somehow their own fault.

A common offshoot of shame is stuffing down one’s feelings. If showing emotions is the equivalent of weakness, some men will choose a numb detachment instead. To outsiders, they may even seem cold or uncaring. Even with loved ones, a man in this scenario is unable to display affection and love.

3. Acting Out in Anger

There’s another side of the coin with numbness. As a man, you choose the more “socially acceptable” way of showing emotion: anger. You endured horrendous experiences but you don’t know what to do with this reality. So, you take it out on others, usually, others who are weaker than you.

If you’re hurt by someone close to you — particularly at a young age — it only stands to reason that you’d be slow to trust others as you enter adulthood. Sadly, the very symptoms of CPTSD in men often prevent their getting  help.

5. Unwillingness to Ask For Help

All of the above signs add up to this one. You might be ashamed of your emotions and push them. Instead of expressing and talking, you suppress feelings or act out in rage. You’re afraid to trust anyone enough to let them know what you’re dealing with. This is a recipe for avoiding the kind of help that will guide you to recovery.

Help Can Be Safe; Helpers Can Be Trustworthy

If you or a man you know is struggling with these types of unfair burdens, I would love to talk with you. Let’s start slowly. We can set up a free and confidential consultation. This is an opportunity for you to ask questions about me, about yourself, and about the healing process.

You’ve been through some terrible experiences. I recognize and honor this reality. Given the opportunity, I can support you as you work to reclaim your life. Working together, we can move you toward full recovery. Please read more about trauma therapy and let’s connect for a confidential consultation.