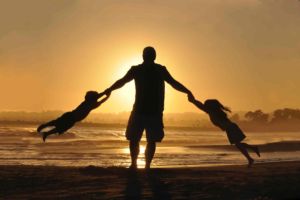 It’s unfortunate that both men and women will experience trauma. But when it comes to men and trauma treatment, there is a bit of a difference.

Whether it’s as a child or an adult, either gender could face trauma in their lifetimes (although, statistically, women are more like to go through a trauma than men). However, each will experience trauma symptoms differently.

If you are a man who has seen or felt trauma in your life, it’s important to know that trauma manifests differently for men. Knowing these differences will help you with identifying symptoms.

Thus, keep these factors in mind when considering trauma treatment specifically for men.

One symptom that will typically manifest itself for men is anger. Men will often get angry more quickly and can have a “short fuse.”

There can be a couple of reasons for this, such as:

Also, many men in our society are raised without a clear understanding of the meaning of their emotions. They learn at a young age that negative emotions are “bad.”

How do boys often deal with those emotions then? With anger. Unfortunately, for some men, this coping method carries with them into adulthood.

Men Are More Likely to Isolate Themselves

Even though men need help from others to deal with their trauma, they’re more likely to isolate themselves than women. They often don’t talk to anybody about what they experienced. Perhaps they believe that nobody will understand them or “get it.”

The tragic part is that men will isolate themselves not just from people they know but from people in general. They may feel like they just need to “deal with it.” Yet, the emotional burden stemming from their trauma is a tremendous load to bear. And for many men, it is a burden they carry in silence.

Another way trauma symptoms manifest themselves in men is through stress avoidance. That is, men will try to deal with stress, including the stress associated with trauma, by doing their best to avoid it at all cost.

That may mean, for example:

These types of coping methods are often associated with barriers or emotional walls. For men who have experienced trauma over long periods of time, those walls can be very thick. Even with treatment, it takes a lot of work for these men to break down the walls they’ve built around trauma and to find healing.

Speaking of avoidance, men are more likely to not seek treatment for trauma. And there could be several reasons for this.

For instance, they may believe that seeking out help makes them seem “weak.” In general, men carry with them a stigma that they are somehow not supposed to talk about these things. On the other hand, perhaps they simply just don’t believe that trauma therapy will help. Why bother doing something that’s going to be both a waste of time and money, right?

However, the problem with these mindsets is that the key to finding healing is by participating in therapy. Without it, recovering from trauma will be much more difficult, if not impossible.

When it comes to men, they typically struggle with anger, isolation, and avoidance. And often this behavior has been going on a long time before they get help. Yet, even though trauma can be different for men, that doesn’t mean that they won’t benefit from trauma treatment.  Please learn more about how I approach trauma treatment here. If you or someone you know needs help, I invite you to contact me.