How Does OCD Impact the Brain?

“OCD” (an initialism for Obsessive-Compulsive Disorder) has become shorthand for people who are very organized or structured. In reality, OCD is a severe mental health condition that can hamper one’s ability to handle daily functions. As the name implies, the disorder causes strong obsessions and compulsions.

Someone with OCD may feel intense distress over a real or perceived danger (obsession). In order to soothe that fear, they create rituals or behaviors (compulsions) that they believe will negate the risks. There is no clear-cut cause for OCD, but the disorder can impact the brain in such a way as to make the obsessions and compulsions feel more severe.

Put simply, serotonin is a multi-faceted neurotransmitter that (among other things) helps you regulate your moods. When present at proper levels, serotonin can keep you calm. For reasons still unknown, OCD decreases a person’s serotonin levels. As a result, they are edgy, agitated, and unable to self-soothe. In such a state, someone with OCD is more susceptible to compulsions.

Let’s start with a very brief neurology lesson. The frontal cortex of the brain is where problem-solving happens. Meanwhile, another part of our brain — the ventral striatum — motivates us to make choices that will reap healthy rewards. In typical function, these two brain regions work in synch to keep us making rational decisions.

OCD, however, short-circuits the connection between the ventral striatum and the frontal cortex. This issue makes it far more likely the person with OCD will trust that compulsions will relieve and remove the intrusive obsessive thoughts instead. Even though the rituals do not accomplish these goals, the frayed brain connection keeps you trying the same flawed options. 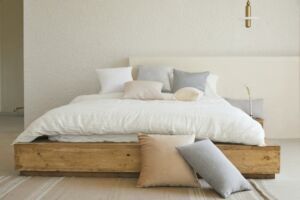 The gray matter in your brain is packed with neurons and is vital for processing information. Obsessive-Compulsive Disorder has a tendency to reduce the volume of gray matter in the following regions of the brain:

This collectively means that someone with OCD has a diminished capacity for controlling impulses, processing information and emotions, and regulating motor skills. Among other things, this adds up to a) less control over the obsessive thoughts and the compulsive rituals and b) an inability to process your thoughts as obsessive.

All the above can:

The Inability to Override Anxiety

The caudate nucleus is a part of your brain that helps you learn associatively. Thus, you can develop the skills of inhibiting actions that are not productive or useful. The impacts described above have the added effect of limited activity in the caudate nucleus. When this vital part is not activated, your brain has difficulty differentiating between healthy and unhealthy choices. As a result, someone with OCD is less able to override the anxiety that leads to compulsions.

OCD Can Be Treated

While there is no known “cure” for Obsessive-Compulsive Disorder, there is a growing number of effective treatments. Working with a therapist experienced with PCD puts you in the position to learn valuable skills to counter the brain changes outlined above. You can, for example, develop ways to manually overcome compulsions that initially feel irresistible.

If you or someone you know is struggling with OCD, I urge you to reach out to learn more. You can find more balance. You can regain more control over your choices and behaviors. It requires work, but the results are well worth it. So, again, let’s connect for a free and confidential consultation so you can learn more about how OCD treatment and anxiety therapy can help.