Experiencing PTSD from a Relationship? How Is That Possible?

When we think of post-traumatic stress disorder, relationships may be the last thing we’d considered as a source of trauma. After all, aren’t relationships supposed to be loving, affirming, and kind? If so, how can someone suffer with PTSD from a relationship?

Sadly, not always. In fact, many people find themselves in toxic relationships. These are situations that are the exact opposite of what a relationship should be. They are filled with bitterness, resentment, and anger.

The long-term result of this type of relationship is that people develop post-traumatic stress disorder (PTSD). 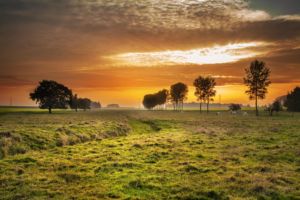 One way that trauma can enter into a relationship is through a toxic imbalance. Essentially, oftentimes, these relationships involve one partner who is being dominant and the other submissive. The former may act like a bully or control their partner’s every move.

Another problem is when both partners are toxic to each other. Sometimes, people get into relationships with others who are not the best partners. In fact, they both feed off each other. For one reason or another, they get something out of the arguing and fighting. While they may seem to “enjoy” the conflict, that doesn’t mean that those instances don’t have a negative effect.

In either situation, toxicity in a relationship can start a cycle that perpetually keeps trauma going.

How a Toxic Relationship May Cause PTSD

Post-traumatic stress disorder usually manifests itself after the traumatic event occurs. But in a toxic relationship, a person may continue to be retraumatized every day.

Over time—especially years or decades—the unhealthy dynamic and constant exposure to trauma wears them down. It also is the source of specific events that cause trauma. For instance, a couple gets into an argument and one physically assaults the other. A single incident like that could easily trigger trauma, but what about if it occurs consistently over a long period of time? Without a doubt, you can see where PTSD is in the making.

For example, put yourself in the shoes of someone who has been abused in their relationship. Let’s say they’re grocery shopping. Suddenly, they hear a loud bang and are startled to the point of tears and panic. But it was a clerk who accidentally dropped something on the floor. For that person though, their thought process immediately causes them to think they are in danger. That’s because the noise reminded them of their partner. They had, in the past when angry, lashed out, broken objects, or punched holes in walls.

In other cases, PTSD can be the result of continuous verbal abuse in a relationship. For example, they may have a partner who belittles them and their beliefs. Or their partner might be overly critical of their appearance. Others may live with a derogative partner who calls them “dumb” or stupid. The partner might even justify to themselves that they are a “good” person because they don’t get physically aggressive. However, words do cause trauma, too. And they can do a lot of damage to a person’s emotional well-being.

Why People Stay in Toxic Relationships

There can be many reasons why someone will stay in a relationship that is obviously unhealthy and toxic. As mentioned above, sometimes partners feed off of each other and simply can’t find a way out. Or the home they grew up in had high stress, intense conflict or neglect, and so being mistreated by loved ones grew familiar.

At other times, a person who is being dominated may come to believe that they somehow “deserve” to be treated the way they are. Obviously, they do not. However, this kind of thinking is a sign of how the trauma has seeped into their psyche. And it’s a sad consequence of how some of their life experiences have come to shape their outlook on relationships and their role in them.

How to Overcome Post-Traumatic Stress Disorder

PTSD from a relationship can, in the worst cases, lead to negative coping mechanisms, such as drinking or drug use. It might even motivate someone to take their own life. Of course, these issues are often associated with post-traumatic stress disorder in general.

The key to overcoming PTSD, whether it is from a relationship or not, is counseling. You need to have a safe place to work on the issues that are causing your distress. To be clear, this doesn’t mean rehashing the past. Quite the opposite— good trauma therapy is about closing those doors and resolving the PTSD so that it no longer burdens your life. While you may need to spend some time working through the past, the goal is to resolve it and put it to rest.

For this work to happen, you need the support of an experienced PTSD therapist.

If you believe you are, or were in a toxic relationship and are experiencing trauma symptoms, reach out to me to find out how PTSD therapy could help make a difference in your life.