Can Neurofeedback Help With Anger?

Neurofeedback can help with anger. But how? 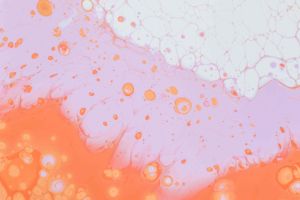 Do you get too bent out of shape by small things? Do you wish you were able to catch your anger sooner, so that you would only say and do things you feel good about? Then it might be time for you to consider neurofeedback training.

Our brains effect everything. They influence what we do, feel and think. It’s commonly known that people use neurofeedback to train their brains to be be emotionally calmer and more focused. That’s why it’s a popular treatment for ADHD and anxiety. But, can neurofeedback help with anger?

Absolutely. I’ve seen it many times in my clinical practice.

So first, let’s talk a bit about anger. Anger is not only a basic human emotion, but it’s also an important symptom. Anger problems are common and they intertwine with many psychological diagnosis. In my clinical practice, I’ve helped clients reduce the anger that was a symptom of a variety of diagnosis including:

When Is Anger A Problem?

Over the years, clients I’ve helped with anger have confessed to me that they struggle to identify whether or not their anger is really a problem. Blame, minimization, self righteousness, rationalization and denial interfere in recovery in the same way they do with addicts.

Most people with anger problems grew up in in families in which problem anger was normalized. Or they had family members who had other difficulties managing feelings and personal boundaries.  To make the matter more challenging, chronic stress, anxiety and anger, can wear down your brain’s ability to “put the brakes” on emotion.

So, given these factors not everyone has the motivation to learn to manage their anger and heal it’s roots.

So, if you are unsure if your anger is a problem you want to fix, I suggest that you try something I recommend to my clients: ask yourself

Is your anger too…

If you can answer yes to any of those…you have an anger problem. But the good new is this; you can train your brain to better manage your anger and you can heal it’s roots.

How Can Neurofeedback Help With Anger?

Neurofeedback training harnessess the power of neuro-placticity, the brain’s ability to grow.  As we train, our brains learn and change. Just like physical therapy trains our muscle system, neurofeedback trains our nervous system. When you undertake a physical training regimen, you will improve your strength, balance and control.  Similarly,  your brain can become stronger at emotional regulation, and it can become calmer, less reactive, and more even keeled.

To illustrate how neurofeedback can help with anger, I’ll share my work with “Edgar”. He is a great example of how a person can use neurofeedback brain training to unlearn even a strong anger habit.

Here’s a bit of history. Edgar began therapy with me after his wife became violent one night. She, herself is a person with severe untreated PTSD, and this explosion was not her first. In fact, the conflict level was high during their entire courtship and over a decade of marriage. But this time was different. When Edgars wife began yelling, he snapped. He yelled and screamed too as her violence escalated. The neighbors heard. The cops came, took him to jail and this one night changed his life

After the authorities released him from custody, his fear grew as he took stock of his life. He loved his wife and he wanted the marriage to work. So Edgar began a course of therapy so that he could “clean up his side of the street”. His main goals were to cope with stress better and improve his own anger management skills. The stress and pressure at home was enormous, and now the successful career he had built lay in jeopardy. Legal bills mounted.

All of this damage flowed from that incident with his wife.  In therapy, our focus on anger management skills helped him to de-escalate the tension at home.

But Edgar really turned a corner in therapy when we began neurofeedback. This became clear when one day he came to my office wearing a big smile on his face. I asked him what was up, and said “This is working. My wife freaked out last night. She went crazy, but I handled it really well. My body responded completely differently than it usually does. I did not get hijacked like I always have before. Actually, I responded with compassion to her rage. I acted constructively. It was weird because it felt kind of easy.”

Edgar’s anger reduced dramatically in intensity. These changes stuck. From that point forward, he handled conflict at home much better than he ever had. In fact, he became so skillful at home that he was eventually able to convince his wife to seek her own treatment for PTSD.

Neurofeedback is what I like to call “Technology Assisted Therapy”.  When we do neurofeedback training, we use cutting edge EEG brain technology to teach your brain to respond differently than it does.  Our goal is teach your brain how to be calmer, and that is something I’ve been honored to help many clients achieve.