How Does the Process of EMDR Work?

Tell someone you’re going to therapy and they probably won’t conjure up images of eye and finger movements. But Eye Movement Desensitization and Reprocessing (EMDR) therapy is a different kind of mental health treatment. Relatively new (first clinical trial in 1989), EMDR has gained notoriety for its ability to help clients process traumatic memories. However, it is also being used for a wider range of disorders and issues.

You see, it is not always necessary to talk in detail about a distressing event in order to resolve it. Counterproductive thoughts, feelings, and behaviors can be addressed and changed by letting your brain heal naturally.

How Does the Process of EMDR Work?

Like any treatment protocol, things will begin with taking a detailed history. But, from there, EMDR charts a unique course. Under the guidance of a skilled therapist, the client chooses a negative memory to focus on. They identify beliefs they’ve developed based on such memories and events. For example, if you were neglected as a child, you may believe you are not worthy of love.

From there, you choose a positive belief you want to have. In the case above, you may just want to feel worthy, secure, and safe. Once these choices have been made, eye movement can begin. Here’s a general idea of what happens next: 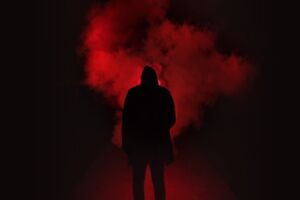 If This Sounds Too Good to Be True…

Sure, but it’s designed to mesh with basic brain functioning. Using what’s called the Adaptive Information Processing (AIP) model, EMDR recognizes that the brain often stores bad memories in a dysfunctional manner. It allows you to access those memories in a setting that is safe and comfortable. What you and your therapist are doing is essentially repairing a storage issue, so the memory becomes accessible without triggering the trauma.

On top of this, EMDR can sometimes be a short-term protocol. Sessions are typically scheduled for once or twice a week and depending on therapist’s recommendation. If you are  struggling only with the effect of a single incident, and have no comorbidities, EMDR therapy can be anywhere from 6 to 12 sessions.

However, short term EMDR therapy is not sufficient for most people. For example, if you have experienced multiple traumatic incidents, have had early life relationships which were traumatizing, or suffer with other comorbidities, it’s typical that longer term  work is likely to be necessary.

Nevertheless, powerful, sustainable results are possible with this type of therapy.

Conditions and Problems for Which EMDR Can Help

EMDR is well-known for its stellar results in treating Post-Traumatic Stress Disorder (PTSD) in as little as a handful of sessions. Here are just some of the other issues EMDR can help with:

How to Learn More About EMDR

I can easily imagine that the above information could inspire hope — and questions. EMDR is unusual, intriguing, and very promising. But, because it appears so unconventional, you may not know where to start. Therefore, I urge you to reach out to learn more.

Let’s connect for a consultation so you can ask questions about EMDR Therapy. It could be the first step on your journey toward healing and recovery.