EMDR Side Effects? Let’s Have A Look 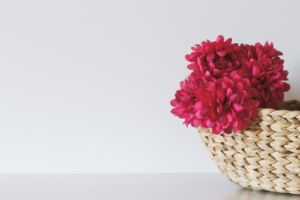 Over 30 years after it’s origination, EMDR, seems to be enjoying a new popularity.  EMDR, or Eye Movement Desensitization and Reprocessing, has been hailed as an effective treatment for PTSD.  Therapists who treat clients using EMDR, and clients who have benefited from the approach are often excited by the positive results they’ve experienced.  But does this potent form of mental health treatment have side effects? In this post, I’ll share my view.

Does EMDR Have Side Effects?

First, it’s important to note that any form of effective therapy can potentially have side effects. And this is true of EMDR treatment too. EMDR is a potent tool. And a skilled and seasoned trauma therapist can help you to make sure that you experience minimal negative EMDR side effects.

Most people would probably share the opinion that therapy can sometimes feel a bit uncomfortable. Meeting and talking with a someone you don’t know can feel embarrassing and awkward. Even though part of you may take comfort in the professional nature of the relationship, it’s not always easy to share your private thoughts and feelings.

But if you have a trauma history, be it recognized or unrecognized, then therapy is likely to be a bit more of a challenge for you. In fact, therapy for trauma survivors is typically triggering. Trauma survivors often have difficulty trusting themselves and trusting others. Because so much of human trauma involves other people, it’s a typical thing that our survival responses get activated in therapy.

For example, take “Christopher”.  A combat vet, and first responder, he had several loved ones suggest that he get PTSD treatment. He waited years before starting therapy, telling himself that “no one who hasn’t been through the things I have can help me”.  Beginning to talk about his experiences was not easy for him and led to a number of false starts in therapy.

For example, after feeling emotional with his first therapist, his embarrassment made him quit treatment. After that he convinced himself that therapy would only “open a can of worms”. In effect, he calmeded himself by avoiding the topics that made him feel bad.

Later, when we began working together, that same anxiety reared it’s head. Sometimes after his EMDR therapy sessions, he would feel agitated or upset. The EMDR would leave him feeling “on edge”, “fiery” or sometimes “with a cloud over his head”.  Fortunately, he took my recommendation and kept me in the loop regarding these EMDR side effects.

We were then able to adjust the pace and the structure of our work, so as to make sure he felt better between sessions.

Yes. Many of us cope by using the only method we have; avoidance. Because thinking, talking and reflecting on things makes us feel uncomfortable, we can make ourselves feel better in the moment by ignoring or minimizing our distress.

For example, years ago I worked with a man who came for EMDR therapy to help him get over “wedding jitters”. During his initial visits, I gathered some history. He described himself as having “grown up in a healthy loving family”.  He talked of a fairly peaceful home, and close relationships with his siblings. Aside from his own occasional battles with “public speaking nerves”, no one in his family, according to him, had any mental health challenges at all.

Once we began EMDR sessions, his view on his personal past shifted radically. He uncovered a past he had “forgotten about”. One of the upsetting emdr side effects was that memories of his mother’s chronic alcoholism resurfaced. He recalled vividly what it was like to grow up with a mother who spent her days drunk, and with a father who his himself from his family by burying himself in his career.

The resurfacing of these memories was painful for him, as it unearthed related fears about his own impending marriage. His deep love for his fiance, had caused him to turn a blind eye to his partner’s own alcohol abuse. A few emdr sessions had collapsed his ability to ignore the severity of her drinking problems. Now he was left with something that he had never planned for; needing to address a major relationship issue with his soon to be wife.

This man definitely felt worse when he realized that his “therapy project” had just ballooned to size he never expected.

What To Expect After EMDR.

Over the years of providing Eye Movement Desensitization and Reprocessing, there are a number of EMDR side effects I’ve seen. These include:

But it’s important to keep in mind that clients usually report feeling calm, peaceful and relieved after sessions.

Keep Your EMDR Therapist In The Loop

Generally speaking, most people find EMDR treatment to be safe and comfortable. A good trauma therapist will help you to be able to adjust the therapy sessions so that they are as effective as possible, and so that there are as few uncomfortable effects as possible.

A lot of discomfort could be addressed by talking about it with your therapist. That’s what he or she is there for.